What, ‘Romadventure’ isn’t a word? Okay, you got me. But I figured it did a pretty good job describing this new book that melds so many genres into one story. Read on to find out more about Susan Kaye Quinn’s new release, and for a chance to win a copy (giveaway below)!

“Third Daughter is vividly breathtaking. Quinn delivers royal intrigue, exotic locations, and sweeping romance. Not to be missed!” – Pavarti K. Tyler, author of Shadow on the Wall
“Susan Kaye Quinn writes characters that leap off the page… Incredibly well written, the vivid setting was crisp in my mind… As the plot raced on, I was cursing real life for not letting me just sit glued to my kindle, punching the touch screen to get to the next page.” – Tiffany on Goodreads 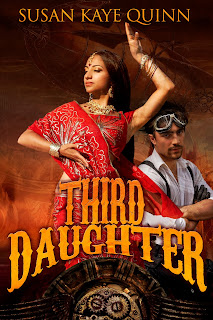 The Third Daughter of the Queen wants her birthday to arrive so she’ll be free to marry for love, but rumors of a new flying weapon may force her to accept a barbarian prince’s proposal for a peace-brokering marriage. Desperate to marry the charming courtesan she loves, Aniri agrees to the prince’s proposal as a subterfuge in order to spy on him, find the weapon, and hopefully avoid both war and an arranged marriage to a man she does not love.

A Note From the Author

Writing Third Daughter was both tremendous fun and one of my more technically challenging works – blending two different aesthetics (steampunk and east-Indian) as well as two different genres (romance and action-adventure) meant a serious labor of love to get this book right. But I was so pleased how it turned out, I decided to make it a trilogy. 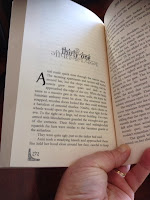 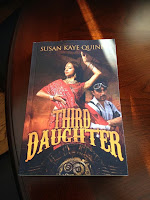 The book comes in both ebook and print, and I have to give a huge shout-out of thanks to my formatter Ali Cross for making both formats simply GORGEOUS. With details like steampunky footers (in the print version) and east-Indian chapter headers (in both versions)… I love all my books, but I just drool over this one.

I hope you enjoy the result!
Sue

Susan Kaye Quinn is the author of the bestselling Mindjack Trilogy, which is young adult science fiction. The Dharian Affairs trilogy is her excuse to dress up in corsets and fight with swords. She also has a dark-and-gritty SF serial called The Debt Collector and a middle grade fantasy called Faery Swap. It’s possible she’s easily distracted. She always has more speculative fiction fun in the works. You can find out what she’s up to by subscribing to her newsletter (hint: new subscribers get a free short story!) or by stopping by her blog (www.susankayequinn.com).

The Easiest Way to get Plot from Nada

Why Being an Empath Sucks